View source
watch 01:40
The Sandman Will Keep You Awake - The Loop
Do you like this video?
Play Sound
Gaea 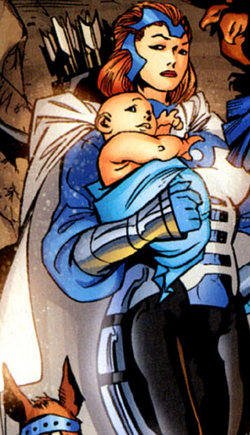 Gaea is goddess of the Earth. She is Thor's, and Loki's biological mother. Gaea as Jord (Jörð) mated with Odin, who wanted a son who would be strong on Earth (not just in Asgard) and gave birth to Thor.

Odin kept the true identity of his mother hidden from Thor. However this was later revealed to Thor when Gaea pleads with Arishem the Judge to spare his life and heals his wounds from the preceding battle.